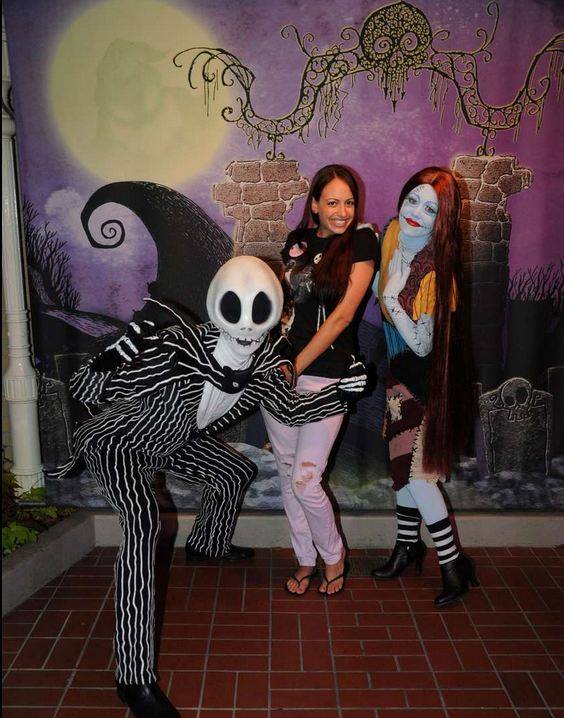 by Regina L
Since it came out in 1993, I’ve been a Nightmare Before Christmas fanatic. I love Jack Skellington, his dog Zero, and his devoted rag doll Sallie. The darkness and oddity of the cast of outcast characters could have been created by none other than the masterful Tim Burton. Tim Burton coming together with Disney was a match made in … Halloweentown!
In 2013 I took an adult trip to Disney with my best friend since childhood, Jessica. We went in October because it was our birthday month, Drinking Around the World in Epcot, and it was the first year Jack Skellington and Sallie would make an appearance for photo opportunities. I was more excited than a four-year old girl waiting in line to meet Elsa and Anna.
The Grand Marnier Slushie in France was a nice added bonus my child-self wouldn’t have been able to enjoy. The birthday celebration at the dueling piano bar was also an added bonus. But the best part of the trip was believing in make-believe and meeting my favorite character.
It was a moment of pure joy. I felt my body vibrating with anticipation. I waited for hours in line. I likely spent too much time chatting with Jack and Sallie, but I didn’t even think about the annoyed people behind me until afterwards. There has never been a moment in my adult life that made me feel more playful and childlike. We tend to lose sight of our ability to learn about ourselves and our environments through play as we age. When in reality, it is one of the best ways. Disney brought out the kid in me. -JoAnna Bennett 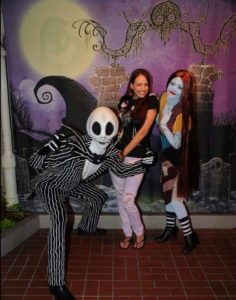